RAC fuel spokesman Simon Williams said: “Motorists should be relieved that the Doha oil producer talks broke down without a production freeze agreement as this means fuel prices at the pumps should not rise too much further.

“It was always going to be hard for OPEC and non-OPEC countries to reach an agreement, particularly as OPEC has led the over-production drive which has brought the barrel price down as low as $26.

“It has sacrificed a stronger barrel price in favour of over-producing in a bid to maintain its share of the oil market against the United States which had been producing greater volumes of oil from fracking. In order for this strategy to continue to work the barrel price needs to stay below $60, as that’s the point where fracking becomes less financially viable.

“Even if a production freeze of some sort had been agreed we would have been very surprised if it had meant the price of oil going back above $60 a barrel. To put things in perspective four years ago when the average price of petrol was 142p and diesel was 148p, a barrel of oil cost $120 so fortunately we are long way from seeing those bad times again.” 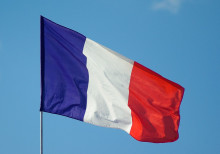 An interactive chart showing dated Brent crude oil prices, in US dollars, since January 2006 - data provided by the RAC