Following the announcement that the Department for Transport has launched a consultation into extending the MOT test for new vehicles from three years to four, RAC chief engineer David Bizley said: “We are generally supportive of the idea of changing the requirement for a vehicle’s first MOT from three years to four, but we do have some concerns about high mileage vehicles.

“It is worth noting that Northern Ireland already successfully operates a four-year first MOT system so if the rest of the UK was to do so, it would simply be following suit. In an ideal would, however, we should like to see a two-tier system which states that an MOT must be carried out at four years or as soon as it reaches a threshold mileage of maybe 50,000 or 60,000.” 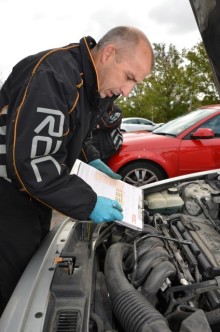 Tameside garage flies the flag for the RAC nationwide

​Guide Bridge MOT and Service in Ashton-under-Lyne, Manchester, becomes the first of a new breed of RAC Approved Garages