Residents’ parking schemes – an increasingly common sight in out towns and cities – are creating a ‘parking paradox’ with nearly half of all motorists (48%) being in favour of them while six in 10 (61%) believe they just shift the problem to another area.

RAC research carried out among 1,765 motorists found there was very little opposition to residents’ parking zones with only 17% of those questioned saying they were opposed to them, although – interestingly – a third (35%) did not have an opinion on the subject either way.

There was, however, a stronger feeling that residents' parking discourages people from visiting an area for shopping and leisure purposes. Half (49%) of those surveyed felt this was a consequence, whereas a quarter (24%) did not think people were deterred from using local shops and leisure facilities.

There was also broad acceptance that in some locations, residents' parking makes it difficult for commuters to park for work with 46% believing this to be the case, while only 23% said they didn’t think it affected those who go to work by car.

But when asked whether commuters should be able to use spaces vacated by residents, there was a strength of feeling that this should not be the case with half (52%) disagreeing in contrast to one in five (20%) who are happy for this to take place.

The RAC research did, however, reveal a very common misapprehension around how local authorities use the money collected from the issuing of residents’ parking permits.

The vast majority (77%) wrongly believe the fees are simply another form of general local taxation and that little of the revenue is reinvested in road maintenance and development, with only 14% of those questioned thinking this was how the money was used. Asked how such income should be used, seven in 10 (70%) said they would like to see it spent on maintaining and developing roads.

Contrary to the views of those surveyed, a landmark high court judgement now prevents councils using parking charges as a way of raising revenue. In 2013 residents of the north London borough of Barnet successfully challenged their council’s sharp increase in parking permit charges from £40 to £100 and vouchers for visitors from £1 to £4.

The council had put up permit costs under the 1984 Road Traffic Regulation Act, but the court ruled that this was not a fiscal measure and did not authorise the authority to use its powers to charge local residents for parking in order to raise surplus revenue for other transport purposes.

Despite local authorities not being able to use parking revenue as a general form of taxation, an RAC Freedom of Information request has revealed that councils’ revenues from residents’ parking schemes range from a few thousand pounds a year to nearly £3m in the case of the London Borough of Lambeth, while others have also seen massive increases in the revenue collected in the last four years.

RAC spokesman Simon Williams said: “Parking is one of the most emotive motoring subjects, and residents’ parking is probably the most polarising subject of all depending, of course, on where you live.

“Residents without such schemes are often angered when they can’t park near their homes due to the influx of commuters, shoppers and leisure visitors, but many are also annoyed that they have to pay the council for the privilege of being able to park close to their own house or flat.

“Some commuters on the other hand find it difficult to understand why they shouldn’t be able to park in a residential street for the time they’re at work, knowing that they’ll be gone before most residents return home from work. What can also happen as more schemes are introduced is a domino effect where commuters end up trying to park in the next nearest location to their workplace, shifting the parking problem to another area.

“While people clearly have very different opinions of residents’ parking zones, local authorities need to take a common sense approach over their use and implementation.” 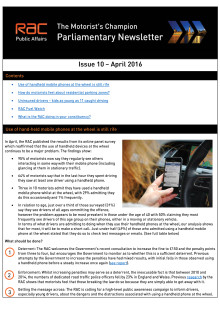