Individuals, businesses and other organisations urged to make a promise that can help make the roads a safer place

With new, tougher penalties for illegal handheld phone use coming into force from today, the RAC is encouraging drivers to make a personal commitment to stick within the law and keep the roads safer for everyone with the launch of BePhoneSmart.uk.

BePhoneSmart.uk goes live today with the backing of a wide range of organisations and initiatives including the National Police Chiefs’ Council, the Government’s THINK! campaign, IAM RoadSmart, the Road Haulage Association, Road Safety GB, Transport Scotland, RED Driving School and a number of UK police forces. Drivers can quickly and easily make an online pledge including, if they choose, creating a photo of themselves that they can then share on social media.

In pledging to Be Phone Smart, drivers make a promise to:

The pledge website is central to a campaign by the RAC to encourage every driver to Be Phone Smart in order to end the epidemic of handheld phone use that currently afflicts the country. The RAC hopes that organisations will get behind the initiative that aims to put personal responsibility at the heart of changing driver behaviour.

The RAC has been a leading voice on the vital road safety issue of illegal handheld mobile phone use, including highlighting the scale of the problem as part of its latest Report on Motoring – two days after which the Government announced a change in the law. Figures revealed that a startling 26% of drivers admitted to checking texts, emails and social media while driving, rising to 47% while stopped but with the engine still running. A fifth (19%) said they text or post messages while driving, and 14% said they take photo and video. 31% admit to using a handheld phone for phone calls while driving, which goes up to 48% when stopped.*

RAC road safety spokesman Pete Williams said: “We recognise that tackling a problem as complex as the UK’s mobile phone one was going to require a huge amount of effort. Tougher laws, as introduced today, combined with targeted enforcement by police forces and a sustained package of education telling drivers about the risks of driving distracted are all crucial.

“At the same time, encouraging motorists to take personal responsibility for their actions – and to really think about the relationship they have with their smart phone when they get in the driver’s seat – needs to be at the heart of a campaign to change their behaviour.

“We created BePhoneSmart.uk so that drivers can take a positive step by committing to not using a handheld phone – quite simply, to make an online promise to keep within the law, to keep their focus on the road ahead, and to share the message on to other people that they know.

“Choosing to use a handheld phone at the wheel is a personal decision, and so is choosing to give up the habit. The more individual drivers, businesses and other organisations we can get making the promise, the greater motivation others will have to change their behaviour – and together the roads can be made a safer place.”

Sarah Sillars, IAM RoadSmart chief executive officer, said: “With over 86% of UK motorists telling us that distraction caused by mobile phones has become worse in the last three years, the RAC’s Be Phone Smart campaign is a welcome solution that every driver should sign up to. It is important that the Government, road safety bodies and car makers work together to allay the fear caused by distracted drivers.

“Recent tragic high profile cases underline the need for a combination of education, safer design and enforcement to make sure that our constantly connected society does not prove to be a threat to the safety of all road users.”

National Police Chiefs’ Council Lead for Roads Policing, Chief Constable Suzette Davenport said: “Across this week officers will continue to use innovative and intelligence-led tactics to catch and penalise people who are driving while distracted by a mobile phone. However, this is an attitudinal problem that we cannot simply enforce away by putting more officers on the roads.

“This issue has to begin with personal responsibility by drivers. We know that people are more likely to report other drivers using a phone than to view themselves as guilty of it. That has to change.

“Tougher penalties are a step in the right direction, but police forces and partners are working this week to make it socially unacceptable to use a mobile phone at the wheel. It’s about more than what you might have to pay as a penalty – you could hurt or kill an innocent person on the roads by checking a text or taking a call.

“Don’t do it – and don’t let others take the risk either.”

Drivers can make a promise today to Be Phone Smart by visiting BePhoneSmart.uk.

Call for drivers to ‘slow down, make space and move on’ when passing breakdowns

Following a horrific accident the RAC has launched a campaign to encourage drivers to slow down and give more space when passing broken-down vehicles on the hard shoulder and where people and breakdowns operators are at the roadside. 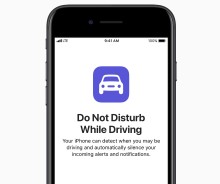