Britain’s drivers are showing signs they are starting to embrace the new breed of low- and zero-emission electric vehicles being developed by manufacturers.

Research conducted for the RAC Report on Motoring* shows the number of drivers who say they will choose an electric car as their next vehicle has doubled with 6% of motorists – the equivalent of more than 2.5m drivers** – saying they intend to buy a pure electric battery-powered car when their existing vehicle needs to be replaced, compared to 12 months earlier.

When looking at those planning to buy any form of zero or ultra-low emission vehicle next – including pure-electric, plug-in hybrids and hydrogen fuel-cell vehicles, the percentage increases to 15%. This is higher than 2018 when the percentage was 12%.

There is also an increased willingness to buy conventional hybrids, which use a combination of a traditional combustion engine and a battery charged by the engine, with up to 21% of drivers surveyed saying they would do this compared to 17% in 2018.

In London – where concerns about emissions are higher, incomes are on average higher and charging points more prevalent – far more motorists are likely to say they intend to buy an ultra-low emission car next, with 26% planning to do so versus a national average of 15%.

On average, drivers surveyed for the RAC Report on Motoring want the minimum range of an electric vehicle to be 368 miles before they would consider getting one when their current vehicle needs to be replaced – the most popular range was 300 miles which was stated by a fifth (21%).On average, drivers do not see themselves driving a pure electric until 2030.

Currently, less than 1% of all the cars on the UK roads are pure electric as statistics show just 98,846*** were registered from new since 2010, with 37,850 registered in 2019 alone. Among just newly registered cars however, the percentage rises to 2%.

“It is very encouraging there is an increased willingness among drivers to go full or part electric when they next change their vehicles. But, while this is positive, it is also concerning that the average driver doesn’t see themselves owning a pure electric car until 2030 – a point borne out by the fact that less than 1% of cars on the road are currently of this type.

“Drivers are also looking for a range that’s greater than all but one battery electric vehicle (BEV) on sale in the UK today. Despite this, the rate of take-up is beginning to accelerate with more than double the number of new BEVs being registered in 2019 than the year before. It was also the first time that more BEVs came on to our roads than plug-in hybrid electric vehicles which is an important milestone.

“This year will also see the launch of many more BEVs, including smaller hatchbacks, as manufacturers aim to dramatically reduce the emissions of the cars they sell. Many manufacturers have already set ambitious targets on electrifying their offering to consumers.

“Even though the high upfront price of electric cars compared to similar-sized conventional vehicles is still a barrier to widespread take-up, concerns about vehicle ranges and nationwide availability of recharging points are now, in reality, becoming lesser issues despite drivers’ perceptions.

“The Government has recently confirmed that its plug-in car grant, which provides up to £3,500 towards the purchase of brand new low-emission vehicles, may not continue after 2020 due to an expected rise in sales. This will inevitably be a blow to some would-be purchasers and may serve to hinder sales growth.

“We strongly urge the Government to keep the plug-in car grant in place in some form until at least 2022 to continue stimulating the market. We also call on it to abolish vehicle excise duty for ultra-low emission vehicles, effectively reversing its 2017 decision to start charging plug-in hybrid vehicles car tax. This move would be popular with 30% of drivers questioned for the RAC Report on Motoring who felt this should be scrapped.”

"This RAC report, showing a significant increase in awareness of and demand for electric cars, echoes the surge in interest in EV charging seen on Zap-Map.

“Over the past 12 months the number of public chargers has increased by 50% and there are now more than 10,000 charging locations across the UK – more than petrol stations. Not only are there more charging points, but also chargers are higher speed and easier to access with contactless payment an option at many locations.

“While the electric car is not yet mass market, the UK public is beginning to embrace new patterns of mobility - in view of the expansion of new electric models due in 2020 and the continued development of the UK charging infrastructure, 2020 looks to be a good year to go electric."

The RAC is the first breakdown assistance company in the UK to introduce a mobile charging unit for electric vehicle owners who have run out of charge. ​Find out more about RAC EV Boost.​

* Research for the RAC Report on Motoring 2019 was carried out by Quadrangle. In total 1,753 UK motorists (i.e. those who hold a full, current driving licence, drive at least once a month and have a motor vehicle in their household) were surveyed between 23 May and 3 June 2019, with the questionnaire taking around 30 minutes to complete.

Our dedicated line for journalists is +44 (0)1454 664 123. Please note: the press office is unable to help with individual customer enquiries - please visit the RAC contacts page for the right number to call.

The RAC provides complete peace of mind to 12m UK private and business drivers, whatever their motoring needs. Its services include:

The RAC also works to support the interests of its members and UK drivers on the most important motoring issues which it identifies via the annual RAC Report on Motoring and the RAC Opinion Panel. The Report on Motoring is the longest running analysis of driver opinion in the UK having been published every year since 1989. 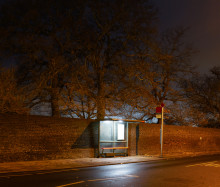 A driving need: one-in-three drivers more dependent on the car than a year ago

UK drivers are becoming more, not less dependent on their vehicles new figures from the RAC Report on Motoring show